An angel (who owns a bookstore) and a demon (who owns a Bentley) work together to try and stop Armageddon, while a witch hunter and a witch do the same, using prophecies that are hundreds of years old. The Anti-Christ grows up in a small English village. That’s about the size of it.

Just in case you’re new to this blog: Hi, I’m Emma. Terry Pratchett and Neil Gaiman are two of my favourite authors. My review of this book is unlikely to surprise you. Okay, now that’s over with…

I loved this book.

The entire cast is amazing, from the Horsemen of the Apocalypse (with a badass, redheaded journalist starting wars everywhere she steps), the book-loving angel Aziraphale (“gayer than a treeful of monkeys on nitrous oxide”) and the demon Crowley (“An Angel who did not so much Fall as Saunter Vaguely Downwards”).

Strangely enough, my favourite character wasn’t the dark-humored but kind-hearted demon Crowley. It was a much more minor character, the humble package delivery man who loyally brings packages to help bring about the end of the World.

If you’re a fan of either or both author, pick this up ASAP and find out what you’ve been missing.

After the grisly murder of his entire family, a toddler wanders into a graveyard where the ghosts and other supernatural residents agree to raise him as one of their own. Nobody Owens, known to his friends as Bod, is a normal boy. He would be completely normal if he didn’t live in a sprawling graveyard, being raised and educated by ghosts, with a solitary guardian who belongs to neither the world of the living nor of the dead. There are dangers and adventures in the graveyard for a boy. But if Bod leaves the graveyard, then he will come under attack from the man Jack—who has already killed Bod’s family . . .

If you’ve ever read Gaiman’s “American Gods” (and you should) you’ll have an idea of what to expect here. Neil Gaiman is a goldmine of mythology and history, and his knowledge leaks into the pages. Everything is infused with accuracy and research, everything is referencing old gods and famous moments in history. They call it a kids book, but as an adult reader you can get so much more out of all his subtle little nods to history.

The story starts out with each chapter being a self-contained ‘snippet’ from the main character Nobody’s life in the graveyard, following him as he grows up and makes friends with witches, steps through portals into other worlds, and deals with a teacher who might not be all that she seems.  Towards the end of the story, all the individual sections start to come together as the man named Jack picks up Nobody’s trail once again…

Neil has a real gift with characters. The Graveyard residents are made memorable with only a few lines of text, and they’re all so likeable. I didn’t even realise how attached I was to these characters, until 2am on Christmas Day rolled around and I was still reading, still desperate to know what happened next and what these poor characters were going to have to go through.

This is a great fantasy novel – an easy, fast-paced read with a lot of depth and appeal to all ages.

Yesterday marked 4 years since I met my fiancé, Dave. Makes me feel kind of old, and kind of badass.

I was 15 when we met, he was 17. Teen romances aren’t known for their longevity  but we’ve got a good run going — so take that, world.

I could blether on about love and all that, but one of my favorite authors has already described it better than I ever could. Here you go: 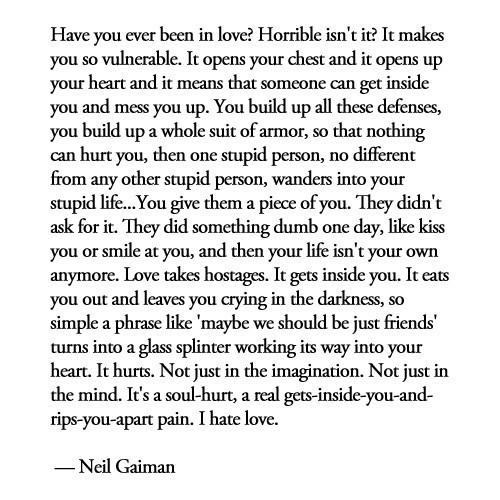 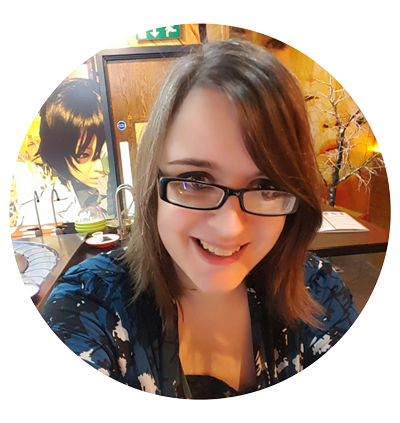