January Weeks 3 and 4 were a bit of a whirlwind: travelling to London, travelling to Aberdeen, and unwinding with a new video game. Before I get to that, you might have missed my previous January posts:

Week 2, where I was super happy about new ice cream, video games, and spin cycling.

I got to hang out with the family a lot, and ticked off a 2018 goal of trying a hot chocolate at Inverness’s SoCoco.

Watched Dave try out 3D printing for the first time, with super-cute results.

And our dog was adorable, of course. It’s not a new year without a new dog photo, right? Right.

He’s actually been lying beside me while I type this post, rubbing his face with his paws, and it’s exactly as adorable as you might imagine.

I didn’t get the writing momentum in January that I wanted, so my focus for Febuary is: find my flow again. Get back into a writing routine, an exercise routine, and a productivity routine.

There’s going to be a few challenges in the way: the Roller Derby World Cup starts this Thursday, and I’m visiting lovely Dundee later in the month. But I’ll get through them!

The main thing holding me back at this point is fear: my current writing project is big, and very close to my heart, so the thought of saying goodbye to it is difficult. But I’m looking forward to ploughing on and getting past The Fear.

And hey, once I’ve done my wordcount for the day, I can dive headfirst into new video games. I can’t think of any better reward than that.

Onwards, to a Fearless February!

This months goals were nice and relaxed:

I’m really glad I kept the goals easy this month, because honestly, I needed the time off without feeling guilty about goals not met.

The blog is late today because I just celebrated my birthday! I had a swell time and I got to hand out with my very handsome other half and eat a ton of delicious food, so that was great fun. Here’s some pictures of us both being cuties:

Out for dinner with @emaree as it’s her birthday tomorrow. pic.twitter.com/z76porN71N

My cat friend I made yesterday while wandering the park with ice cream and @EMaree pic.twitter.com/VBAtoihzzd

I got myself a Fitbit for my birthday, which has been super fun, and I also got significantly sozzled in proper October fashion…

Irn Bru released a new (& improved?) sugar free flavour, and you better believe I’m hyped to try it. IT’S LIKE THEY KNEW IT WAS MY BIRTHDAY. pic.twitter.com/7khizri1SB

Grumpy dad who listens to every wall and teen who is understandably terrified of him. #PS4share pic.twitter.com/QfA7NZvDCz

and spooked myself silly with The Last of Us.

Prettiest apocalypse ever. I want to sit here and read while the rain comes down. pic.twitter.com/SPuYVyFucV

Plenty of forward momentum, but I haven’t finished the WIP. I’ve been fighting to untangle a few plot snarls, and that work is going to continue into October. Hopefully this month I’ll reach the finish line.

It’s been a year full of challenges, but I’m not going to let it stop me!  There’s three months left in the year and I’m going to make the most of them.

My quest to get the fearsome TBR pile down to a more reasonable amount continues. Let’s see how we’re looking…

Not a great month for reading more than I read, but hey, at least I’m reading loads!

A Word of Advice

Kameron Hurley had a fantastic article this month about finding yourself as a writer: your internal ego, career path & confidence.

I’ve also really been loving Chuck Wendig’s recent posts — his brilliant Here’s How You Finish That Fucking Book has been a lifeline when I needed it most, alongside How a Writer Quiets Self-Doubt and Control What You Can Control. A less optimistic but equally important post has been Tim Waggoner’s Harsh Realities.

There we are. Nothing too fancy, this year, but it’s looking like it’ll be a fun one. I’m 24 this year, heading towards 25 in the tail end, and really looking forward to finding a place of proper financial stability, and those cheaper car insurance rates.  :)

One of my big 2014 takeaways was that if I spend another year focussing on edits, I would be miserable, so I resolved to focus more on first drafts in 2015.

And then I, uh, proceeded to do entirely the opposite of that and focus on edits all 2015. And it was miserable at times, difficult in a dozen ways and frustrating to the very end, but oh man…. I learned SO MUCH. It was entirely worth every moment for the end result.

I’ll have another post up soon about my achievements over the year, small wins and big successes, but for now I’m just going to look back on the goals I set.

All in all, a good year for achieving goals. Let’s hope 2016 is more of the same!

Turns out, I did. 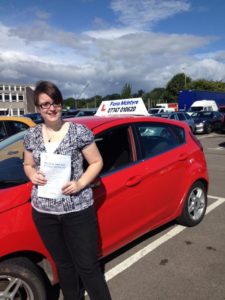 (That photo was immediately afterwards, so the stunned, awed look is 100% genuine.)

So, I have to apologise for how quiet the blog’s been over the last fortnight. I’ve been indulging in the usual post-test-pass traditions: getting a cute wee car, and driving literally everywhere as I get used to driving for real… which, for the record, is a lot easier and less stressful than driving for the test.

Plus, all the random road trips are a ton of fun. And I’m still excited every time I can just go to the shops for my dinner, and buy groceries without having to stress about getting them home on the bus, and get home on a rainy day without looking like a drowned rat.

Woke up and had to check in the driveway and make sure I didn’t imagine this entire weekend. *puffs up with pride* pic.twitter.com/p6CJk917AV

So, yeah. This is definitely going to be one of the highlights of my year, and even now I still feel a bit astonished it’s real.

(I can drive! Unsupervised! On my own!)

(THE GIANT METAL MACHINE IS OBEYING MY EVERY WHIM.)

Normal posts will resume soon, now that this hectic, anxiety-inducing, unbelievably expensive, stressful-as-hell (and yet somehow, totally worth it) life milestone is over.

Welcome to another What’s Up Wednesday post, where I’m somewhat distracted.

Today I’m off enjoying whatever being 22 involves. Hopefully good books, good friends, and a good meal.

Have a good Wednesday!

What’s Up Wednesday is a weekly post, created by blog friends Jaime and her sister Erin!

This week has been focussed on adjusting to the new job, so I haven’t had much time for reading or writing. I’m currently reading LIVES OF TAO and BLOOD AND FEATHERS: REBELLION.

As above, writing time has been slim on the ground. However I’ve got a few short stories under my belt, and edits on DIVIDE THE SKY continue at a smooth pace. I should be past page 100 within the next few days, fingers crossed.

What Inspires Me Right Now

Have you heard of the WELCOME TO NIGHT VALE podcast? If you haven’t listened to it, and you have a fondness for good podcasts, good storytelling, and/or horror, go give it a listen. It is the best podcast I’ve ever listened to. I love it, and it makes quite a change to my usual travelling to work/doing housework soundtracks.

New workplace is full of ridiculously healthy people, which is a powerful motivational factor…

I walked 3 miles on my lunch the other day. In a cardigan. In 30 degrees celsius. Trying to keep pace with said healthy people. I nearly DIED. Okay, I didn’t, but I was VERY WARM.

This week I also had one of those moments where friend circles overlap (this doesn’t happen often — my circles like to circle within their own circles, generally. Circles.), and it worked out wonderfully.

How’s your week been, tiny dancers? 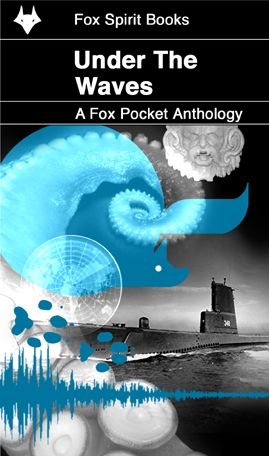